The Legal Drugging of America

The Legal Drugging of America

Although I had intended to make this post on suggestions for parents to help their children navigate the junk food world toward healthier choices, I saw this headline on the news today:

Prescription drugs: Study says 7 out of 10 Americans are taking at least one

This caught my attention. This is a very, very scary statistic (unless you are associated with Big Pharma).

The byline read: The Mayo Clinic also found that the most commonly prescribed medicines were antibiotics, antidepressants and painkillers.

Further on, the article author commented that almost 70% of Americans are on at least one prescription drug, and more than half take two, according to a this new study.

Researchers from the Mayo Clinic and Olmsted Medical Center found that 20% of patients were taking five or more medications.

“Often when people talk about health conditions they’re talking about chronic conditions such as heart disease or diabetes,” study author Dr. Jennifer St. Sauver said in a news release.” However, the second most common prescription was for antidepressants — that suggests mental health is a huge issue and is something we should focus on. And the third most common drugs were opioids, which is a bit concerning considering their addicting nature.”

[message type=”simple”]Side Note: The number of New Yorkers who died by overdosing on painkillers skyrocketed 65% in six years. The epicenter of the alarming trend is Staten Island, which had a whopping 261% hike in prescription opioid overdoses from 2005 to 2011, according to a Health Department study.[/message]

Seventeen percent of those studied were prescribed antibiotics, 13 percent were taking antidepressants (in fact, nearly 1 in 4 women between the ages of 50 and 64 are on an antidepressant) and 13 percent were on opioids. Drugs to control high blood pressure came in fourth (11 percent) and vaccines were fifth (11 percent). Drugs were prescribed to both men and women across all age groups, except high blood pressure drugs, which were seldom used before age 30.

As a whole, women and older adults received the most prescription drugs. Antidepressants and opioids were most common among young and middle-aged adults.

It’s Out of Control

The percentage of people who took at least one prescription drug in the past month increased from 44 percent in 1999-2000 to 48 percent in 2007-08, the Mayo Clinic reports. Expenditures on prescription drugs reached $250 billion in 2009, and accounted for 12 percent of total personal health care expenditures.

According to the CDC (Center for Disease Control), the percent of persons using at least one prescription drug in the past month increased nearly 50 percent between 2007 and 2010.

And the researchers said prescription drug spending will only increase in the future.

Since many of these listed conditions have been effectively treated using less expensive natural therapies, why is there an over-reliance on using ‘chemical pills for every ill’? And because research has shown that many of the diseases we suffer from are linked to our lifestyle choices, why isn’t education a big part of the health care push? Safer alternatives can often address the underlying cause of the distress.

It’s simple to answer these questions: Huge profits and expediency.

Although medications can temporarily relieve symptoms, they can also often create additional problems (often called ‘side’ effects’ to minimize their significance), and they can interfere with self-healing mechanisms as well as make people complacent about addressing the source of their problems. This fosters more chronic impairment and ongoing dependence on the drugs to perpetually treat symptoms. 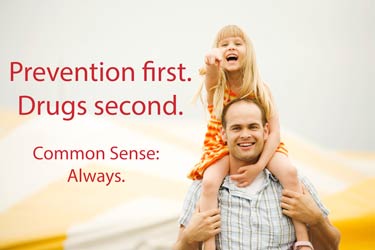 Drugs are sometimes welcome and necessary – it’s knowing when they are truly needed and when other more natural methods can work just as well or perhaps better at less cost.

Any comments? We are always glad to hear your opinion on our subjects and posts.

PS The next post will be on suggestions to help feed your kids healthier choices in a junk food marketing environment – promise!