Home/Blog, Uncategorized/Overuse of Antibiotics?
Previous Next

Have you ever been prescribed antibiotics as a child?

According to research presented at the American Academy of Allergy, Asthma & Immunology 2013 Annual Meeting, exposure to more than 2 courses of antibiotics in the first year of life is associated with a significantly increased rate of food allergy. It is believed that the antibiotics may contribute to a disruption of normal gut flora. They not only kill a targeted infection but also susceptible bacteria that are part of our normal gut flora.

In their retrospective case–control study, presented as a late-breaking abstract at the meeting, lead investigator Dr. Love and colleagues from the South Carolina College of Pharmacy in Columbia found an almost 2-fold increase in food allergy in children exposed to 3 or more courses of antibiotics between the ages of 7 and 12 months. Apparently, in both age groups, rates of food allergy were significantly higher.

I was prescribed antibiotics like candy as a child, but I can’t recall if I was given these kinds of drugs at such an early age. I grew up suffering from hay fever and food sensitivities that could be related, but I also ate dairy and white flour and sugar products by the truckload. These foods decrease the bodies ability to fight off foreign invaders (or what the body deems an invader), even though it may be harmless i.e. pollen.

Antibiotics, also known as antibacterials, are types of medications that destroy or slow down the growth of bacteria (they don’t work against viruses). The Greek word anti means ‘against’, and the Greek word bios means ‘life’. Therefore literally translated, ‘antibiotics’ can mean ‘against life.’

Before bacteria can multiply and cause symptoms, the body’s immune system can usually destroy them. We have special white blood cells that attack harmful bacteria. Even if symptoms do occur, our immune system can usually cope and fight off the infection. There are occasions, however, when it is all too much and some help is needed from antibiotics. In our modern era, antibiotics have been a wonderful way to treat out-of-control infections. However, they have been drastically overused in people and also in animals. We ingest antibiotics by eating non-organic animal products that have been fed antibiotics in their meals and consequently this further contributes to bacteria resistance. Doctors are now concerned that their overuse has contributed to these bacteria-resistant strains because bacteria mutate to survive the next onslaught of our medications. Therefore, antibiotics can be lifesavers, but their misuse has increased the number of drug-resistant ‘germs.’

Prevention is the best cure 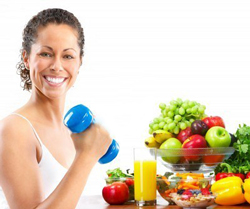 The body has it’s own chemical factory, more powerful than lab created drugs if it is not overwhelmed with man-made processed foods, inactivity and stress.

Western medicine is increasingly recognizing that a natural, or whole, foods diet and complementary healthy lifestyle habits are instrumental in preventing and healing many disease states. Modern humanity in the industrialized world is faced with epidemic rates of obesity, diabetes, cancer, and a host of diet related (and preventable) health issues.

What happened? How did this occur?

Since the 1960’s there has been a marked increase in consumption of processed and packaged foods, prescribed and over-the-counter medications. Genetically modified foods have taken center stage in big agriculture, hormone-laden meats and fruits and vegetables saturated with pesticides have invaded our market shelves. Chemicals and sugar are lurking in foods that traditionally contain neither. We have become a culture of couch potatoes.

Therefore, I advocate a healthy lifestyle to prevent health problems and to help the body heal when ill. Then, drugs if necessary and surgery as a last resort, again if necessary.

People who practice healthier lifestyles require fewer drugs (including antibiotics) than those who don’t. That’s a fact.

Invest in your health and that of your children. Learn, read, ask questions. Don’t automatically accept prescribed antibiotics (or any drug for that matter) without first being informed on their proper use and potential side effects. Sometimes visiting a natural health practitioner (chiropractor, naturopath or an MD trained in natural therapeutics) should be your first choice to inquire if there are alternative treatments.

Make small but effective changes to your family’s lifestyle by eating mostly a plant based diet. Get rid of the dairy, white sugar and flour products and other processed foods (or cut back substantially). Get outside and walk or play together. And join the online Next Step*New Life Wellness Community to connect, share and get support. It’s up to you to learn the facts and to become an informed consumer.

What are your thoughts on this post? All questions and comments are welcome.